Two of the world’s finest grands….

The CFX, Yamaha’s finest 9-foot concert grand selected and played by the winner of the 2010 International Chopin Piano Competition and the Imperial from Bösendorfer, a brand held in high esteem by pianists throughout its long history. These renowned pianos are characterized by distinctive traits such as power, versatility, subtlety, lightness and mellowness.

Both of these superb pianos’ Voices are featured in the Clavinova. Tuned to perfection by a highly-experienced piano technician with the sound from each key sampled individually, Clavinova truly captures the unique tonal character of each of these outstanding instruments.

With Clavinova, you can enjoy the exquisite beauty of the sought-after tone that the CFX and Bösendorfer Imperial deliver.

Real Grand Expression: sound, touch and pedals, all perfectly integrated to give you the sensation of playing a grand piano.

Real Grand Expression; is a phrase that defines the expressive capability of Clavinova. It is the key components of the sound, the touch and the pedals, together with the application of technology developed through a history of acoustic piano manufacturing. With Real Grand Expression, these elements are combined perfectly into a single instrument, creating the exact sound you want through the touch of the keys and the feel of the pedals. When you play a Clavinova, you feel like you are playing a grand piano.

In addition to the reverberation of the strings themselves, Damper Resonance reproduces the broad, deep sound field of an acoustic piano. It also mirrors the tonal changes that result when a damper pedal on a grand piano is depressed. It includes sounds such as those emitted from the key bed and emulates the cumulative resonance that occurs when all of these sounds blend together.

A pianist changes the volume and dynamics of the sound by varying the pressure applied to the keys. A Clavinova responds perfectly to give the player an outstanding level of performance control. By using long, carefully-sampled recordings of notes on a piano and unique Yamaha technologies to achieve smooth tonal transitions, rich, sonic detail is delivered in response to the touch of the player.

From staccato to legato, superbly expressive sound that responds to the player’s touch
Featuring Yamaha’s Smooth Release technology, Clavinova recreates the crisp tone heard when playing staccato as well as the lingering sound produced by releasing the keys slowly.

The moment a pianist’s fingers are lifted from the keys of a grand piano, subtle changes occur in the instrument’s tone as the damper is lowered onto the strings to mute the sound. Key-off samples feature actual recordings of these changes, offering a faithful reproduction of the most subtle nuances in the piano’s tone, creating a more realistic overall sound

Powerful polyphony ensures that more complex passages of music can be played without notes cutting off.

Using knowledge gained from many years of piano manufacturing, Yamaha Clavinova has an incredibly realistic keyboard feel that recreates the sensation of playing an acoustic instrument. By using a similar hammer mechanism (with no springs) as is found in a grand piano, the GH3 keyboard action reproduces the touch of an acoustic instrument, from the heavier feel in the lower register to the lighter touch in the upper octaves. It also features a three-sensor configuration which accurately senses and interprets the behavior of the keyboard to create a response and feel very much like that of a grand piano.

The newly developed GH3X keyboard features an escapement mechanism that reproduces the feel of an acoustic piano as it goes through the let-off of the jack and the fall of the hammer when a key is played very softly.

THE MECHANICS OF SUPERIOR SOUND

Full-bodied tone and resonance
The sound of a Clavinova is calibrated in fine detail, with speaker positioning and body materials checked to ensure that the entire instrument resonates optimally. To create a sound field that is very close to that of a grand piano, the Clavinova features tone escape ports in several locations throughout the body that allow the sound from the speakers to be projected to the listener without being trapped inside the instrument.

An easy-to-read LCD and intuitive layout enable simple operation of your Clavinova, giving you more time to focus on playing.

Multi-track song recording
The recording function featured in Clavinova digital pianos allows you to record your performances with a single touch, which is useful when you want to review or archive your playing. You can record up to 16 tracks for simultaneous playback allowing you to create your own songs using different sounds, or record each hand separately.

* Recordings are made in MIDI format, and can also be recorded to USB flash memory. Compatible software is required for playback of recorded data on a computer.

USB Audio Recorder
Record performances to USB flash memory as audio files (WAV format) that you can save and play back on a computer or portable audio device, share with friends or use to create a CD.

A comprehensive range of keyboard Voices
In addition to pianos, the Clavinova CLP Series boasts an impressive library of instrument Voices including electric pianos, strings and organs. Enjoy the freedom to choose the ideal Voice for the genre of music you want to play or record. 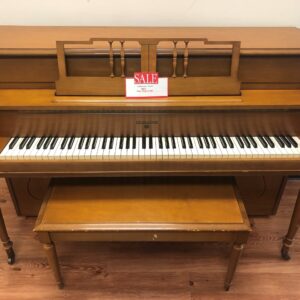 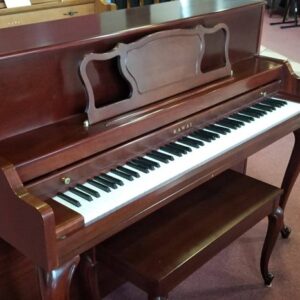 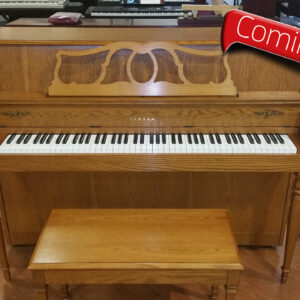