Introducing the new standard in stage pianos – the CP series.

*We do not have this item in stock. We anticipate getting our shipment soon.*

In 1976, Yamaha released the first of the CP series stage pianos. These “electric grands” became instant classics with their authentic sound and live performance convenience. Thirty years later, Yamaha celebrates those milestone keyboards by unveiling the latest and greatest in the CP series. Drawing on our rich tradition and experience, these instruments give the live performer all the sound and expressiveness of a superbly mic’d grand piano with the portability and versatility of a modern digital instrument. Introducing the new standard in stage pianos – the CP series.

Made to be played

Like all fine instruments, the CP series keyboards simply beg to be played. Sit down with one, and the instrument becomes an extension of your hands and your musical imagination. The authentic piano voices and rich expressiveness come alive at your touch, and the sound is big enough to blast through a full band onstage – yet nuanced enough to work magic in an intimate club.

Yamaha’s extensive experience in crafting fine acoustic pianos helps us in creating the ultimate digital pianos. Our advanced Graded Hammer Effect (GHE) action gives all keys an authentic resistance that increases from the top register to the lower – just as on an actual acoustic piano. Which means that you can naturally pound out thunderous low notes with your left hand and let the fingers on your right dance and fly with the high notes. This keyboard practically plays itself, working with you – not against you – and brings out the very best in your performance.

As master keyboard controllers, the CP300 stage piano lets you take full command of your gear. Play and control external synthesizers and tone generators (such as the MOTIF-RACK ES) during your performance. Assign different internal voices to different sections of the keyboard or even create complex, multi-textured layers of sound. There are four instrument Zones on the CP300 with 4 dedicated Zone sliders on the panel that let you easily tweak the level of each instrument as you play. You can also freely reassign the sliders and wheels to control other sonic characteristics of the connected gear as desired, such as sound attack, decay, brightness and filter cutoff.

Step out front and make your presence known. The CP series has a special Mono Piano sound, complete with a compression effect, designed specifically for live performance. It has the punch and power to stand out, even in full band situations.

Onstage, you need to make sure everything goes smoothly. Sometimes an errant hand (yours or someone else’s) can touch the panel controls and change your special settings, giving you a rude surprise in the middle of your performance. The Panel Lock button lets you prevent that, keeping all settings fixed and secure, until you’re ready to change them yourself.

The CP300 features professional quality balanced XLR output connectors. These give you the cleanest, clearest noise-free signal – both for serious recording in the studio, and playing onstage where long unbalanced cables may compromise your sound.

A built-in stereo speaker system on the CP300 lets you hear the sound of the keyboard without the need for setting up a separate monitor. Just bring the CP300 onstage and you’re ready to perform! A convenient Speaker On/Off panel button lets you disable it and leave the monitoring levels to your soundman.

Pedal to the Metal

The CP series keyboards give you the same pedal control as an actual grand piano. Sustain, Soft and Sostenuto jacks are available on the CP300. On certain piano sounds, Sustain can be partially applied – reproducing the “half-damper” effect of slightly muting the resonating strings on a real piano. The CP300 also has an fourth pedal input that can be used for controlling a variety of sound settings, such as Reverb or Chorus level, or the brightness of the sound. 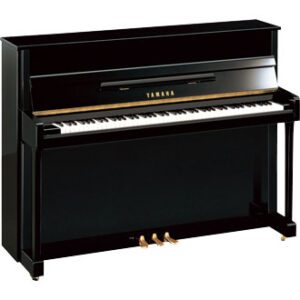 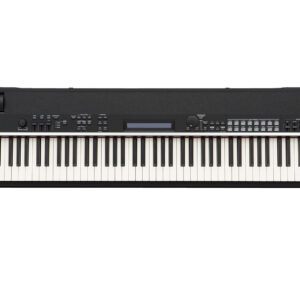 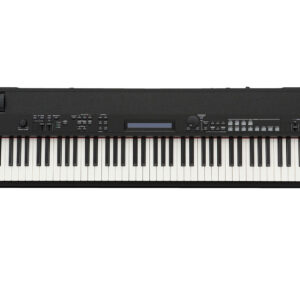 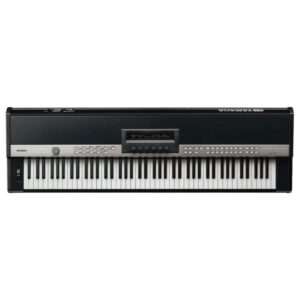